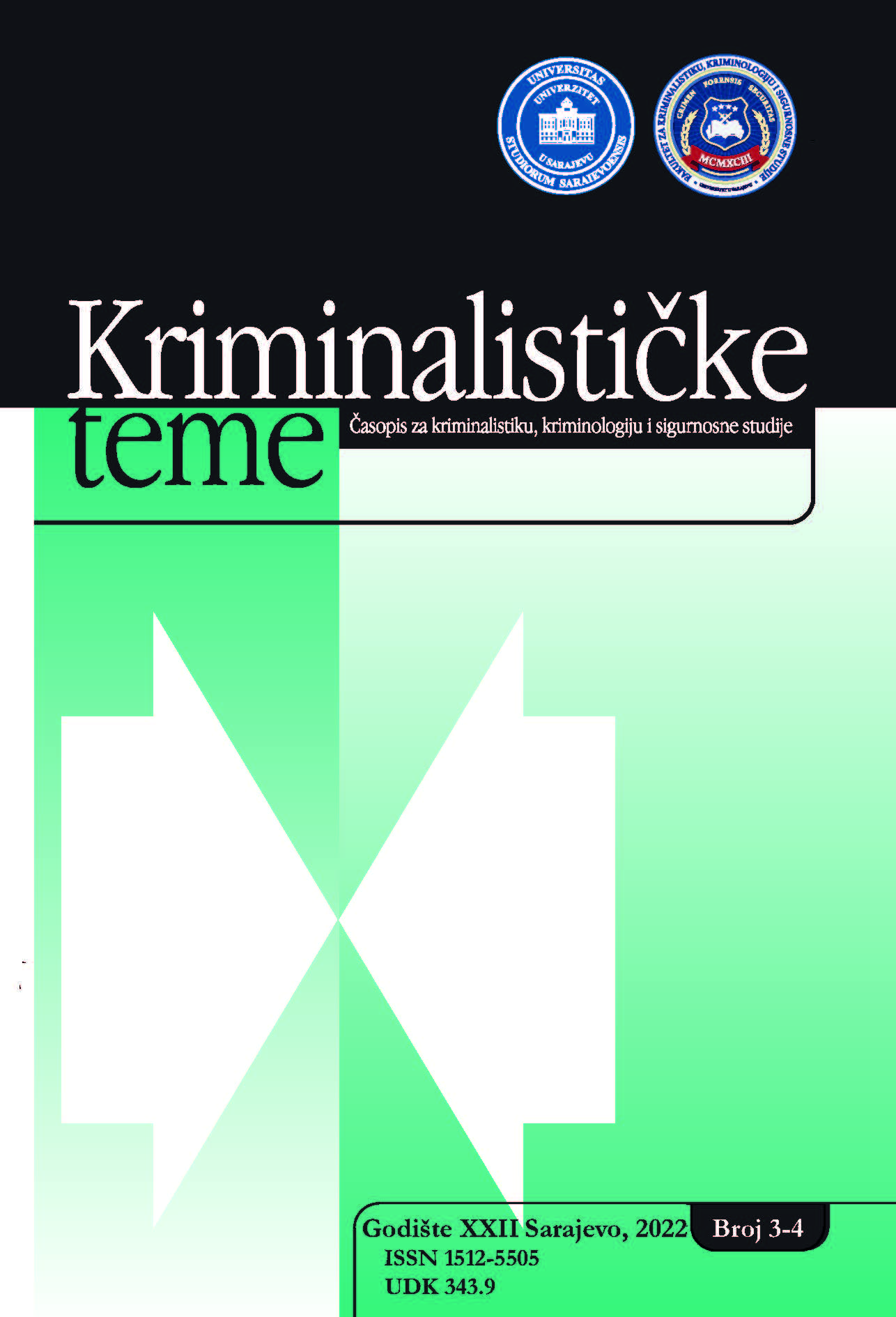 The concept of radicalization is very actual and presents an attempt to gain a deeper understanding of the contemporary terrorism. Our knowledge of the factors that lead to radicalization and shape the mind of  the prospective terrorists is an important analytical tool for practical policy in terms of proactive work and development of strategies for terrorism prevention. The problem arises in the attempt of its conceptual determination of the radicalization and violent extremism. The concept of  radicalization is focused on the individual and, to a certain extent, on ideology and the group, while structural factors and efforts to address the causes of the phenomenon remain outside the epistemological range. In this paper author(s) use case study method as an empirical study of the social phenomenon of radicalism, extremism and violent extremism leading to terrorism and its impact on the subcultural behaviors of radical communities, the security situation where the boundary between the real phenomenon and the real life context are explored. In this paper, case study resewargh method will brighten radical and extremist movements that are deeply rooted in Bosnian society, their connection with the countries of the region and the processing of empirical data on various forms of discrimination and Islamophobia will be discussed. The problem of this research is the impact of radicalism and extremism on the security situation in Bosnia and Herzegovina and the current security position of  Bosnia and Herzegovina vis-à-vis its neighbors with social focus and the importance of the restructuring a conceptualization of radicalism, extremism and violent extremism leading to terrorism, destruction, human casualties and high media coverage of such acts. Period of terrosim implicatication on Bosnia covering 2010-2020. Results will precise essential weakness of the concept(s) of prevention in fight against violent etremism in addition to other methodological uncertainties addressed in this paper. The paper seeks to examine the leading positions in scientifc literature and critically review the epistemological and practical value of the concept of radicalization that leads to terrorism. From theoretical  perspective this concept lacks solid grounding base and should be subject of critical rethinking. The establishment of effective mechanisms for deradicalization is one of the vital programs that Bosnia and Herzegovina will have to recognize and implement, especially through work with young people, which will involve various social actors, all in order to spread tolerance and equality in order to achieve greater degree in the creation of a free democratic society.